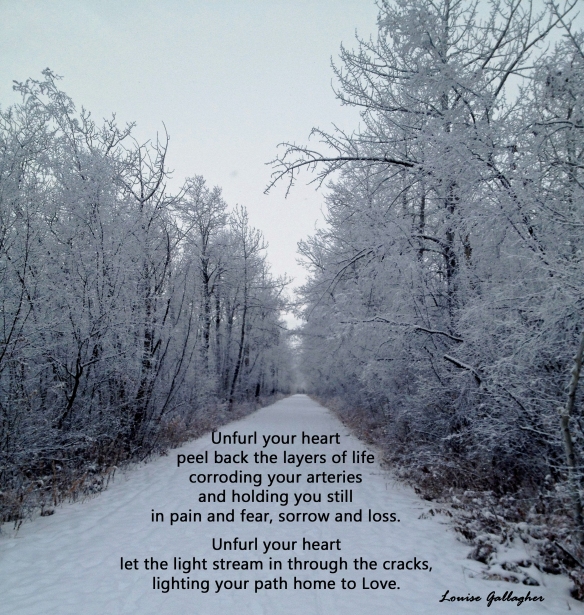 Several years ago, my beloved lived in another city for a while. Our relationship was still relatively new and the distance a challenge.

One Valentine’s Day, when he had sent me beautiful flowers and I realized I had done nothing, I decided to send him a gift of a “Love Poem a Day” (via email) for two weeks.

I was pretty excited thinking that he too will welcome my gift in the same exuberant way it was given.

Ah yes, as the saying goes, “Expectations are premeditated disappointments.”

He was very busy working on a project and didn’t get to opening my emails until much later in the day.

On the first day I was okay with what I deemed his ‘tardy’ opening.

The second day, seriously? He hadn’t opened it by 2pm even though it had arrived in his Inbox by 6am?

That evening on our daily Skype call, I asked him about his tardiness. “Louise,” he said, “I don’t open my personal emails first thing in the morning. I’ve got too much to do and just don’t have the bandwidth.”

But… and then I gave him all the reasons why his response to my poems was all wrong.

Needless to say, the call did not go well and we hung up without having achieved the one thing I wanted my gift of words to do – bring us closer over the miles.

Of course, I told myself all sorts of stories about his response and why he was all wrong, but finally, after much rumination (along with a whole bunch of inner chatter criticizing him and our relationship and how ‘fine. If he didn’t want my poems I wouldn’t write them…’) I awoke to the truth — If my intention was to create intimacy over the distance, why was I insisting on having it all my way? What was in it for me to berate him when I wasn’t behaving in a way that was not very kind nor loving. The fact was, I was not creating safe and courageous space for intimacy to grow.

I started to again write a love poem a day for 14 days and started including a photo from my day that went along with the poem.

One year later, I was still writing him a love poem a day.

It had become woven into the fabric of our day, with me eagerly awakening each morning to write a love poem about love, and him expressing his gratitude for my poem — whenever he got to reading it — which was often the first thing he did each morning.

Originally, my intent had been to close the distance with my words of Love.

What happened was even more profound. In writing about Love every single morning for a year, my understanding, my ‘knowing’ of love deepened, as did our relationship.

An unexpected gift was that I also realized how my expectations often set up barriers to our being able to be real and present with each others.

Those poems and photos did achieve what I set out to do, and then, they gave me even greater gifts.

Happy Valentine’s Day. May your world be filled with Love and all its mysterious, magic and wonder.